Science tells us that learning and playing music develops our brains in ways that no other activity does.  Regardless of how good you get at your instrument, your brain is getting a lot out of it! 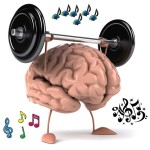 For a quick and fun summary of the neurological benefits of music, take a look at this short animated video from TED.  It was written by Anita Collins, who has a Ph.D. in Neuroscience and Music Education.  More about this little video below.

There’s also some interesting brain research as it’s related to music.  MIT researchers fairly recently published findings that certain neurons in our brains are tuned in specifically to processing the sound of music, suggesting that music may have played an important role in the evolution of the human nervous system.  Taken together with the finding of musical instruments from as far back as 70,000 years ago, it’s clear that music is essential to human society.  (Note: another interesting online article about the brain and music can be found here.)

The short video from TED that’s linked above is based on neuroscientific research from the past few decades.  Scientists have been exploring, in real time, the correlation between things we do and activity in different parts of the brain.

Listening to music appears to fire up multiple areas across the brain simultaneously, and playing music involves even more brain activity than just listening, resulting in intricate, complex, and incredibly fast signals in all parts of the brain, especially the auditory, motor, and visual centers.  Regular musical practice appears to strengthen those brain functions, allowing musicians to apply those processing skills to not only music but to all sorts of other activities as well.

Because music engages emotion, analysis, timing and other aspects of brain function, there is a special consequence of playing and practicing music — it increases the volume and activity of the corpus colossum, the bridge between the right and left sides of the brain.  Music requires both the linguistic, mathematical left side of the brain, and the creative, expressive right side, and trains the corpus colossum to allow messages between the two sides to pass through faster and via more diverse routes.

This development ties into higher executive brain function, which involves skills in planning, strategizing, attention to detail, and coordination of both cognitive and emotional information.  Learning music has the potential of helping students excel in problem-solving that is needed in all sorts of academic and social settings.

Developing musical skills also enhances memory.  Musicians have been found to attach multiple tags to their memories — conceptual, audio, emotional, contextual — so that memories can be more quickly and easily found and connected to other thoughts.

What’s also fascinating is that these benefits seem to be specific to music, and not just any art or other activity.

The next time you wonder whether you’re making enough progress in your fiddle playing, just remember that your brain is enjoying the workout!

2 thoughts on “Shoring Up Your Brain with Music!”