The magic of a fiddle tune is not in the notes, but in the feeling, the cultural need, the “style” that produced the tune and uses the tune for listening, dancing, marching, or other community functions.  Even in classical music, where many musicians play all their music with the same sound, the pieces come from different eras, different cultures, and sound better when the musician draws upon those characteristics.  Some classical musicians specialize in renaissance music, or baroque music using original instruments, or German romantic, or American modern, etc., and may play these types of music quite differently. 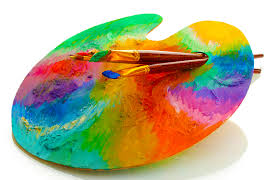 Fiddle music is local music from around the world, and has not only noticeably different styles from one country to another, but usually is played differently from region to region, or even from village to village.  Some local styles are built entirely on the playing of a well-respected fiddler.
I once heard a concert by a group that presented an eclectic mix of folk tunes from around the world.  When the group got around to some of the tunes and styles I knew best, it became clear that while all the melodies were interesting, they were all played the same way, because that group was not knowledgeable about the many styles they were drawing tunes from.

To those who know a style, it is truly moving to hear a great player from that tradition.  It can be entertaining and impressive, but not moving, to hear someone get all the notes of the tunes but miss out on the soul of the style.  There’s a song that says it best:  no matter how amazing the player, “it don’t mean a thing if ain’t got that swing.”

How do you learn a fiddle style?  Like anything else, what you learn depends on what you become aware of.  The more you are aware of, the more you hear, and the more chance you have of incorporating that awareness in your playing.  If you want to find out what “that swing” is, you need to listen to really good players from the tradition, and try to get a sense of what they are trying to do.  What is it that moves those who care about that kind of music?

The best goal is to learn a style from within, rather than try to copy it from the outside.  Clearly, someone growing up in a culture has an easier time understanding a style from within, but many people native to a culture don’t pay attention or value their own traditions.  Someone who chooses to delve into a style and the culture that produced it, can potentially stand a better chance of getting the feel of it than someone who grew up with it but doesn’t care about it.  (There is a famous story of Handel, who wrote music for the king of England.  When confronted by a man who asked how Handel, a German, could dare to write music celebrating an English victory over the Germans, Handel replied, “I am an Englishman by choice, whereas you, sir, are an Englishman by accident.”)

Here are a few things to listen for.

1. Timing.  Every style has a different sense of timing, a different way of using and filling out the beats.  For example, Scottish style uses as much of a beat as possible, often sounding late, or in the case of an experienced dancer, they may look late to the beat.  But where is the beat to a dancer?  If they’re hopping, is it when they touch the ground, reach their lowest point, start back up, or leave the ground?  The beat is a gray area, not a point as on a metronome.  Different styles use the beat in different ways.  Sometimes they maintain a perfect beat on important notes, but give and take on the notes leading into or out of those important beat notes.  Some styles emphasize the downbeats; others the offbeats.  Klezmer and Romanian players sometimes play exactly the same tunes but one builds around the beat and the other builds around the offbeat.  Listen closely and try to feel what the musicians and dancers are feeling.

2.  Bowing.  In fiddling, the timing is created by the bow.  Weight is given to important notes.  Playing expressively, emphasizing downbows in one style or upbows in another, using separate bows some places, slurs by beat or slurs across beats, or punching certain notes on or off the beat — these are all built into the feeling of different styles.  Some styles need short punctuated bows with syncopated rhythms; others use long slurred bows to feature certain notes and leave others in the shadows.  Some lean into drone strings, others prefer clean notes.

3. Ornamentation.  Grace notes, slides, triplets, rolls — these decorations are often mistaken for the heart of a style when they are really only there to help express it.  Some styles use grace notes to emphasize beats because the beat is what they love; others use grace notes to fill in spaces because they like to keep things flowing.  There is a notation in an old Scottish book from 200 years ago about how some English composers used to try to make pseudo-Scottish tunes by simply using lots of snaps (short-long rhythms characteristic in Scottish style).  This note from centuries ago points out the superficiality of copying an ornament to sound stylistic, when in fact the ornaments themselves are there to express a deeper feeling based on a cultural preference for listening or dancing.  I have seen compositions by classical composer add in a slide to a piece of music such as a “hoedown” in an attempt to make it sound folksy, even though little else about the style of the fiddle tune is present.  Listen to good players and notice how natural their ornamentation sounds; it is built into the feel of the tune.  The Technique Video Group 5 on Ornamentation is intended to place some ornamentation skills into your toolbox so that when you feel these ornaments belong to a tune, you will know how to incorporate them to support your ideas.

4. Melodies and modes.  Some styles are built around melody, distinctive tunes that express different moods.  Some styles are less melody-driven and more interested in the mood of the scale, the mode, the exploration of moving from one mood to another.  Some start with a melody and then release the players to abstract ideas from that melody and create new ideas or reference old ideas.  Some styles stay within a narrow range of keys, sometimes to accommodate certain instruments, while others spread out to many keys, or to unique scale patterns.

5. Medleys.  Players in some styles like to play a tune twice and move onto a new one, and in this way build a long composition moving from one tune to the next in a creative way.  Other styles like to repeat a tune for a long time, to get into the trance of the tune and reveal many possible variations of expression within it.  How a culture uses its music, whether for listening, whiling away time, marching, or dancing different kinds of steps, determines whether and how tunes are put together to make longer medleys.

6. Notes and note patterns.  Usually the obsession of beginners is getting all the notes right, but notes are not at the top of the list for people who love a style of playing.  Note patterns are like words; they help you express a larger thought.  Some patterns are more common in one style than another.   Some notes are more important than others; the more you know a style, the more you’ll know which notes are changeable and which are not.

Imitating Good Players.  A great technique for gaining a great understanding of a style is to imitate good players.  A better strategy is to have a great player as a teacher.  What you imitate in their playing will be limited by what you are aware of, and a good teacher can broaden your awareness.

Nobody, not even the best players, executes their music exactly as they hope.  Ironically, the older the player, the more nuance they seek and know, but the less ability they may have to execute that nuance.  The more you gain awareness and understanding and feeling for a style of playing,  the more you can hear.  You’ll be seeking to understand the style and its culture from within rather than copying from the outside.

The more you get the feel of it, the more you can hear not just what a good player is doing — you’ll hear what they’re trying to do.  And with that awareness, you can hardly help from trying to do it yourself.

One thought on “What’s in a fiddle style?”